Kombu Wholefoods opened in Bellingen on the Mid North Coast of NSW on 26th September 2004. Owners Kevin and Lowanna Doye arrived in Bellingen after two years in Sydney. Before that they spent 18 months travelling by bicycle from Oxford, UK to Sydney, Australia, to highlight the impact of air travel on the environment. In the process they wrote numerous articles and won an award for outstanding achievement from the Australian Geographic Society. Kevin and Lowanna now live in Bellingen with their four young children.

We spent a week with the Kombu team and their local suppliers to build the story of Kombu and their place in the community. Bellingen is a very unique town that attracts people with big hearts and open minds. It’s a gorgeous community in a picturesque backdrop and Kombu epitomize what it is to be a part of that.

Featured here is two of the three videos we created for Kombu. The first is the classic profile film which celebrates where the business has come to and shows it’s audience the people behind the operation. The second piece featured below is a short instructional video on how best to approach Kombu’s unique bulk foods system. The third film not featured is essentially a video backdrop used in store featuring Bellingen and their local suppliers in action.

What’s your favourite thing about running your own business?

The freedom to be as amazing as we can possibly be. The opportunity to work with other incredible people in the healthy living field. The daily interaction with our customers, who appear to love us as much as we love them 🙂

Where do you hope to see Kombu in the future?

Kombu has continued to grow year on year. We keep true to our initial beliefs and desires and adapt them to the ever changing retail environment. Whilst we have more in the cloud than we ever thought possible a decade ago when we first opened, our Mission Statement still stands tall and proud by the door and we still operate to it as we did on day one. We keep focussing on what we do best, love our work, and believe that our ongoing passion and integrity (combined with a good dose of competitive pricing) helps take us down the path of ongoing growth. For that we are grateful.

What advice would you give someone wanting to start their own passion lead project?

Do it, you only live this life once. It is an amazing world out there and it is absolutely possible to create the change you want to see. Let your passion and self-belief shine through, and work with others who can help it shine even brighter. 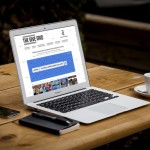 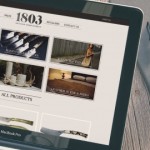