Wade and Rachel are from Mundulla in South Oz and run their operation Humble House from their farm. Classic and curious preserves is their core business along with fresh produce, imported Laos coffee, garlic and market gardening tools. I first met Wade and Rachel at their stand at the All Suns Organic Fair in spring 2011. I was halfway into my farming internship and discovered Wade was a former intern at the Allsun farm. I gave a little background about how I was the odd mix of web designer interested in this style of farming, and they suggested that I help them out with their web presence. It sounded all too perfect, hitting the road traveling down to south oz and building a website for the kind of operation that I really loved.

I headed south in the new year for a kind of Meanwhile Outside reconnaissance to see if it’s really something I could do, build a website, make a short film and tell the story of a small operation and what they’re doing to make a difference. To me it was an inspiring story and I wanted to show it.

I made it to Mundulla after having spent some time in Victoria. The landscape shifted dramatically to a vast openness, big skies and a 360 undisturbed plateau that kept unfolding along the Princes Highway, the same road I drove out on from my driveway back in NSW. I spent two weeks with Wade and Rachel, they made me feel at home and taught me a great deal that I could take with me on living a fulfilling borderline self sufficient life on the land. Highlights included seeing Wade’s father’s large scale potato farm, getting some waves at Robe on the coast, receiving an orphaned sheep on departure. Low-lights include my new pet not surviving life on the road three days in. 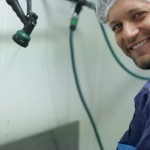 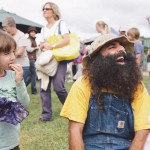